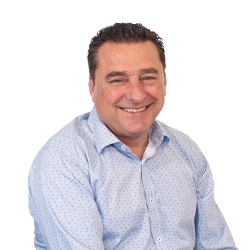 “Making electronic recycling a cornerstone of circular economy must involve all the stakeholders in the lifecycle of products, from consumers and businesses to administrations.”

From 20 to 31 May, we launched a new edition of the ‘Digitalización Sostenible’ (‘Sustainable Digitalization’ in English) campaign to raise awareness about the responsible use of technology and the need to properly recycle waste electrical and electronic equipment (WEEE). In order to do so, we had the collaboration of imaginBank, CaixaBank mobile bank, and eleven universities from all over Spain that wanted to join the initiative.

WEEE information and collection points were installed in various faculties, with the presence of environmental informants, to make students aware of the importance of electronic recycling. As an incentive to participate, eleven Samsung smartphones were raffled off, one for each university, out of all the people who handed in an unused device.

Thanks to the high participation of students and the commitment of university officials, a total of 938 kilograms of WEEE were collected in just 10 days during the initiative, a spectacular result for such a short campaign. 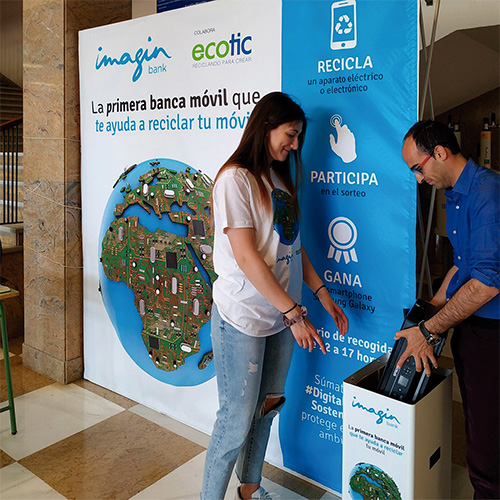 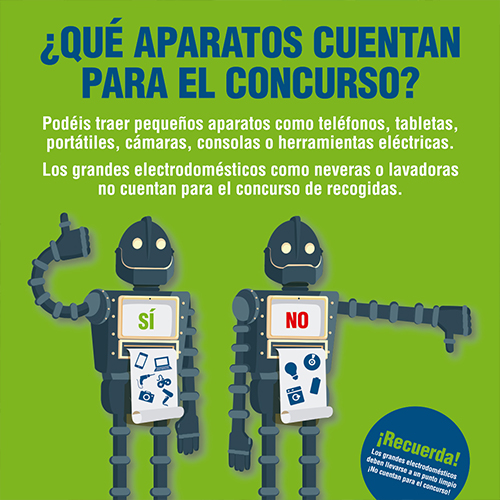 During the last school year, the educational campaign on electronic recycling and the circular economy, ‘Otro Final es Posible’ (‘Another Ending is Possible’), was on again. These campaigns were implemented in Andalusia, Castilla-La Mancha and Castilla y León, thanks to the support of the regional public administrations and the great involvement of the educational community.

The initiative was launched in 300 schools, 100 per Autonomous Community, and a total of 33,792 primary and secondary students participated in 1,423 workshops and activities. In addition, the WEEE recycling competition through selective collection points in the schools themselves made it possible to collect a total of 35,788 kilograms of WEEE, a figure that exceeded our most optimistic forecasts.

‘Another Final is Possible’ has become one of our flagship campaigns thanks to the enormous response from both students and teachers, which is why two new editions have been launched in the 2019-2020 school year in Castilla-La Mancha and Castilla y León.

Over the past year, we have continued our Ecoinstaladores (Eco-installers) programme, an initiative aimed at installers and distributors in the refrigeration and air-conditioning sector. The aim is to provide a comprehensive solution for recycling and to offer them advantages such as free collection, compensation for reverse logistics and storage costs, and the label certifying responsible management of WEEE.

Furthermore, with FEGiCAT we have agreed to set up a specific action plan with training activities, focus groups with installation companies and various studies, with the aim of evaluating the main problems regarding the recycling of WEEE and proposing new initiatives to help mitigate them. 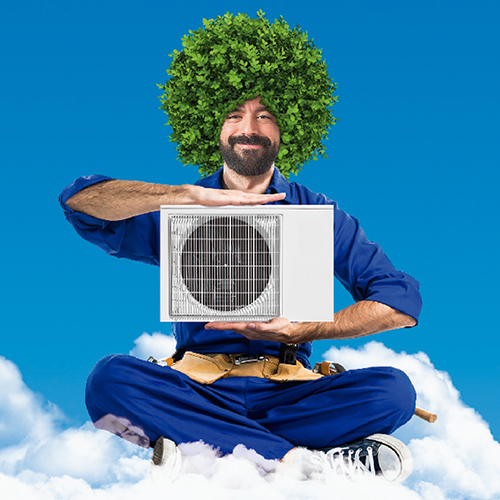 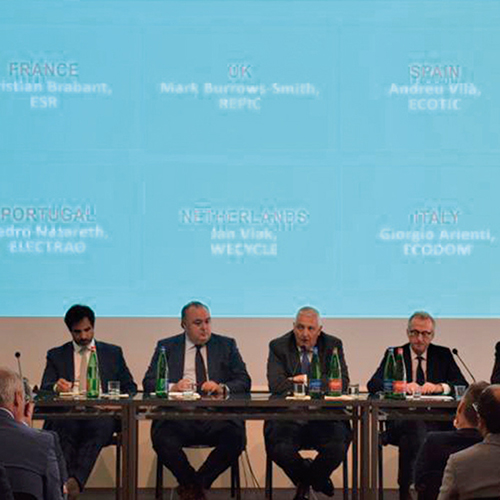 Last June, Andreu Vilà, General Manager of Ecotic, participated in the international congress “RAEE: sei nazioni a confronto” on behalf of Spain. Organised by Ecodom in Rome, the meeting brought together the main collective systems at European level dedicated to WEEE recycling.

The congress mainly focused on the challenges and barriers related to the disposal and recovery of electronic waste at a European level, established the general situation of the placing of equipment on the market and the levels of recycling, and compared the situation in the countries corresponding to the six participating collective systems.

The systems’ managers also warned about the need to pay attention to the so-called parallel flows, claiming the need for more control by the competent authorities, in order to prevent them from becoming a source of illicit enrichment, without taking into account the societal benefit, the environment and the economy.

This initiative has been established as the most important charity campaign for the collection of toys at a national level. At Ecotic we have collaborated every year since its first edition, taking responsibility for ensuring that toys which are not suitable to recycle receive appropriate environmental treatment.

The last edition of ‘Comparte y recicla’ (‘Share and Recycle) managed to collect, thanks to the generosity of hundreds of families, more than 145 tonnes of toys, which were delivered to the collection points thanks to El Corte Inglés, ToysManiatic, Toys R Us and Martian Toys.

As a result, after their reprocessing, more than 10,000 toys were distributed at Christmas so that they could enjoy a new life in the hands of children in disadvantaged situations. This was made possible thanks to the collaboration of 42 organisations throughout Spain, from associations that support immigrant families, to foundations that care for children at risk of social exclusion, to paediatric hospital wards. 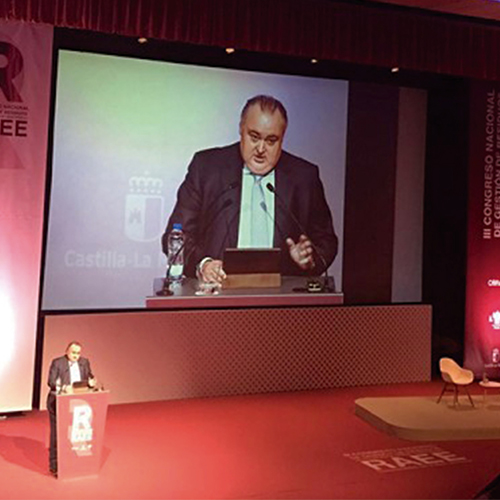 The meeting was held on 17th and 18th October at the Toledo Conference Centre and was attended by 30 speakers, ranging from representatives of public administrations to manufacturers of household appliances, including waste managers, experts and members of the Producer Responsibility Organisations (PROs). The conference was structured around various round tables and presentations of innovative projects on the management of WEEE.

Andreu Vilà, General Manager of Ecotic and Vice President of OfiRAEE, the PROs Coordination Office, participated in the closing of the event along with Fernando Marchán, Deputy Minister of the Environment of the Government of Castilla-La Mancha, highlighting the success of an event that is becoming consolidated as a forum for the analysis of risks and opportunities in the WEEE management sector and as cornerstone on  circular economy.

On the other hand, and as a commitment of the Congress organisers to make up for the CO2 emissions produced at the event, the planting of 500 trees as a carbon footprint offsetting act was carried out in Villar del Arzobispo, in Valencia. 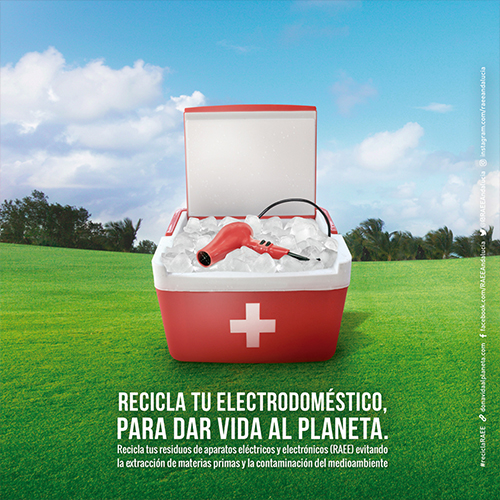 Between October and November, the second edition of ‘Dona vida al planeta’ (‘Give life to the planet’), promoted with the collaboration of the PROs, visited 200 municipalities in Andalusia. The campaign had 24 information stands in shopping centres, as well as 100 municipal mobile points, to promote the proper recycling of WEEE among Andalusians.

There were also information campaigns in 9 public universities, 500 awareness visits to small and medium-sized businesses, and more than 500 street marketing activities with informants on electric scooters that made it possible to reach more than 60,000 citizens regarding their responsibility for correct waste management. 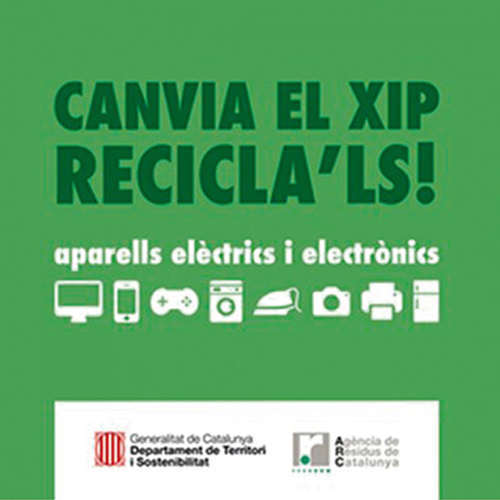 The campaign ‘Cambia el chip: ¡Recíclalos!’ (‘Change your mindset: recycle them!’), developed in Catalonia with the collaboration of the PROs , was launched to coincide with Black Friday to promote the recycling of WEEE through local business. To do so, 65 information points were installed in shopping centres, shops, and other spaces, along with 125 mobile points.

As a complement, the campaign also included the presence of information officers in municipalities with more than 50,000 inhabitants and competitions were held with interactive games and mobile workshops, with the participation of more than 400 libraries. Through all the campaign’s activities, more than 85,000 people from all over Catalonia were reached. 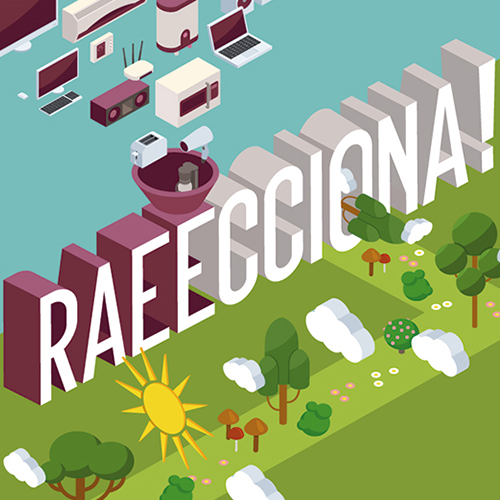 The aim of the RAEECCIONA campaign (WEEEACTION, in English), carried out in 131 municipalities in the Valencia Region, was to promote the recycling of WEEE in shops where electrical appliances are sold. The initiative was supported by the PROs and more than 350 household appliance outlets that were set up as WEEE collection points.

In addition to 136 street marketing events in municipalities and shops, the campaign included incentives such as the awarding of quality seals to distributors accrediting good WEEE management, the raffle of an electric scooter between the shops and 10 electric scooters for participating customers.

In 2020, a new edition of the campaign was launched, with the participation of more than 600 businesses belonging to over one hundred municipalities. 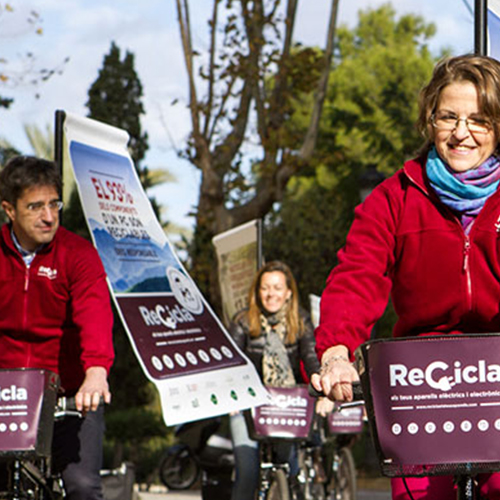 As part of the initiative ‘Recicla tus aparatos’ (‘Recycle your appliances’) to raise public awareness on the importance of proper recycling of WEEE, representatives of 68 Valencian municipalities were able to collect more than 9 tonnes of WEEE in a bicycle tour supported by PROs.

As an incentive, a state-of-the-art tablet was raffled off among those who handed in waste and gifts were given as prizes for participation through social networks. 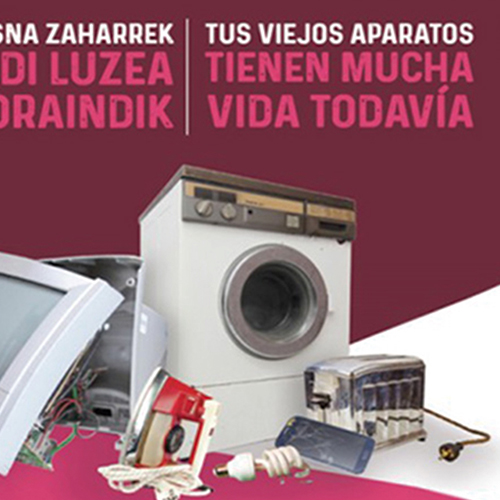 The campaign firstly insisted on the convenience of prolonging the  lifespan of the equipment as much as possible, encouraging repair and reuse, as well as adequate recycling through established points or home collection services.