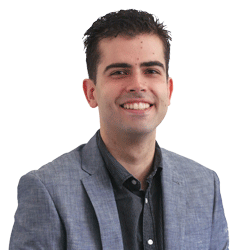 “The outcome of WEEE managed in 2019 has exceeded all our expectations, with nearly
112,000 tonnes, which consolidates us as a national benchmark in the electronic recycling sector”

Although our forecasts for the year were optimistic, the 111,717 tonnes of waste electrical and electronic equipment (WEEE) financed and managed through our Producer Responsibility Organisations (PROs), representing an increase of 14.5% over 2018, exceeded our expectations.

This outcome has only been possible thanks to the high level of loyalty among our members, namely more than 700 companies and organisations that have placed their trust in us to fulfil their responsibilities in terms of environmental management of WEEE, and which has enabled us to maintain a stable market share of around 35.6%.

We would like to thank our partners in the WEEE value chain, which include distribution, transporters and waste managers, for their professionalism and commitment, which have been key to achieving these results.

Waste from the household sector reached a total of 102,394 tonnes, an increase of 12.6% over the previous year, and exceeding the symbolic figure of 100,000 tonnes for the first time ever.

A special mention goes to the volume prepared for reuse, with nearly 3,000 tonnes for this purpose. This figure is equivalent to approximately 3% of total WEEE from households, an increase of 18% over the previous year.

In particular in category 6, corresponding to small IT and telecommunication equipment, the share of preparation for reuse was 8.3% of the equipment within the category. This figure is well above the 4% target set by Royal Decree 110/2015 for this category.

The 5.9% growth in the collection network to 11,144 collection points throughout the country has also been decisive in achieving these results. It should be noted that 69% of collections were made though retail collection points, in line with 68% in the previous year, making it one of the major waste reception channels.

The level of fulfilment of targets per category in 2019 has been very positive, standing at 76% for household waste and 77% for professional waste. However, we must make certain considerations with regard to household waste, which largely condition Ecotic’s ability to accomplish the established minimum targets.

As shown, the main obstacle to meeting the targets, both for household and professional type, is the management of air conditioning equipment waste, which shows levels that are far from those set and far from the levels achieved in other WEEE categories.

According to different studies, between 30% and 49% of Spanish homes have an air conditioning equipment installed. Which means that the generation of this type of waste is low. This is due to the fact that many of the new devices that are placed on the market do not come from replacements and therefore have no return as waste. Therefore, there is no such thing as 1 for 1, as is the case with other appliances in the same category such as refrigerators, which have a market penetration rate of 99%.

For Ecotic, the problem arise because we hold a big proportion of the market share for this subcategory, 87.3%. In addition, this waste has an economic value, which encourages it management outside Ecotic network and is also not accounted towards the national target.

The overall compliance rate for household WEEE would be 93% if this subcategory would not be taken into account, significantly above the national average.

It is unfortunate that after five years since Royal Decree 110/2015 envisaged the implementation of the electronic platform as the best tool for maintaining effective control and facilitating the work of the Extended Producer Responsibility Collective Systems and waste managers, additional legislative measures have not been developed in order to put it into operation, bringing us closer to the targets.

* Figure calculated based on the kilograms of WEEE managed by Ecotic, out of the share of the total population of Spain corresponding to the market share of each year.