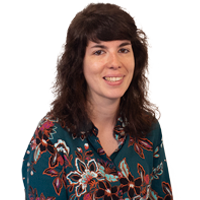 Optimising investment in the environment

“Once again we closed a year with positive results, despite the significant increase in the volume of WEEE managed, so we remain on the path of operational efficiency and maximum optimisation of available resources”

At the close of the 2019 financial year, the Ecotic Foundation achieved a positive result of €3,953, from individual surpluses of the different Activity Sectors that make up the Foundation. Within Ecotic’s own and original activity, the items shown below are in very similar percentages to the previous year.

The percentage referring to WEEE Management, which includes transport, treatment, collection, payments to installers and distributors and payments to local authorities, represents 87.3% of the total. In this section there has been an increase of 11.3% over the previous year, largely due to the significant growth in the volumes managed by Ecotic: 14.5% more tonnes collected and treated than in 2018.

In particular, the increase was 12.6% in household waste and 40.7% in professional waste. It is worth noting that we have still managed to reduce the average cost per collection, which shows us that we are still on the path to maximum cost efficiency.

As far as communication is concerned, more effort has been devoted to this item, which was 31.7% higher than in the previous year. The Communication part required by the agreements with the Autonomous Communities has been higher overall, due to the fact that Ecotic’s market share has increased in 2019 and we had to assume a higher expenditure. In addition, in some individual Communities, having failed to achieve a higher collection target for WEEE during the financial year 2018, this expenditure had to be increased in 2019.

And as for the Communication of Ecotic’s own actions, it has increased by 57.8% with respect to 2018 due to the campaigns aimed at installers of air conditioning and refrigeration equipment, with the aim of increasing the collection of these products at the end of their lifespan.

The amount for Structure has increased by 7.8% with respect to 2018, and that for Other management costs by 3.1%, both of which are within the Foundation’s budget.

(*) Audited results approved by the Board of Trustees.

(*) Audited results approved by the Board of Trustees.